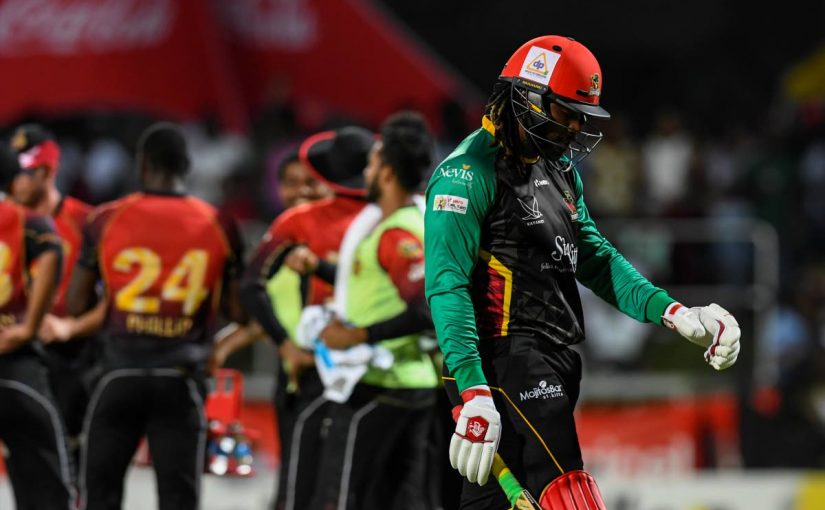 TRINBAGO Knight Riders captain Dwayne Bravo asked his team to win four matches on the road in the 2018 Hero Caribbean Premier League. Dwayne took matters in his own hands last night at Warner Park in St Kitts, playing a jaw dropping cameo to lead TKR to a 46-run win over the St Kitts and Nevis Patriots. The victory was the Knight Riders fourth consecutive win on the road, which also included wins over St Lucia Stars, Jamaica Tallawahs and Barbados Tridents. Dwayne led his team to 199/4 batting first, a score that did not look possible after 15 overs. Dwayne seemed to feel left out, after seeing his younger brother Darren hit five sixes in one over off St Lucia Stars captain Kieron Pollard, earlier in the tournament. New Balance Homme Dwayne struck fast bowler Alzarri Joseph for five sixes in the 19th over to guide TKR from 151/4 after 18 overs to 181/4 after 19 overs. acheter asics Dwayne’s barrage of sixes was arguably more impressive than his brother as the older Bravo struck five straight sixes, while Darren struck four in a row. Munro took over in the last over hitting fast bowler Sheldon Cottrell for a six and a four, as TKR almost got to 200. Dwayne ended on an unbeaten 37 off 11 balls with one four and five sixes. Munro ended as the top scorer with 76 not out off 50 balls, with three fours and five sixes. Canada Goose France TKR got off to a poor start as openers Sunil Narine and Chris Lynn continued their disappointing run of form. After hitting Carlos Brathwaite for a six over long on, Narine was caught attempting a similar shot to leave TKR 10/1 in the second over. Lynn played a few shots, but trying another big shot was bowled by Joseph for 18. Brendon McCullum then joined Munro, and the pair put on 78 runs for the third wicket. asics 2018 sitemap The partnership started slowly, but the pair increased the run rate as the partnership grew taking TKR past 100. With the score on 112, McCullum was bowled by Joseph for 35 attempting a big shot on the leg side. It was an excellent over by Joseph as he only conceded three runs in the 15th over. A quick 18 by Darren, followed by the onslaught from Dwayne took TKR to the competitive total. Timberland Homme Joseph ended with 2/43 in four overs. In reply, Patriots lost their captain Chris Gayle for nine and Rassie van der Dussen for 11 and were reduced to 51/2 after seven overs. chaussure timberland Evin Lewis, who has been struggling for runs this season, took the attack to the TKR bowlers. Unfortunately, after getting to his half century, Lewis was trapped leg before by fast bowler Anderson Phillip for 52 off 37 deliveries with two fours and five sixes. Anton Devcich fell shortly after for seven as Patriots were in a spot of bother on 97/4 in the 13th over. chaussure timberland homme Devon Thomas battled hard but fell for 23, as the Patriots innings never recovered as they limped to 153/8 in 20 overs.