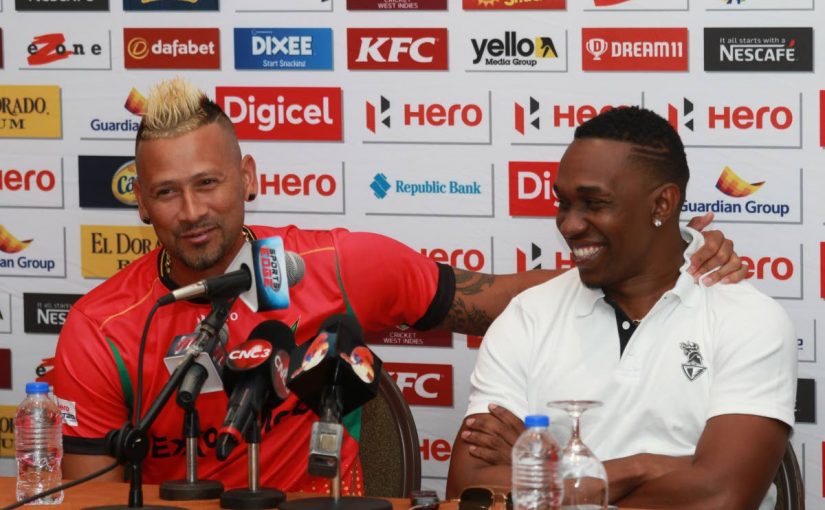 Both teams have gathered 10 points from seven games. air max 1 og The Knight Riders, led by Dwayne Bravo, have a net run-rate of 1.021 and the Amazon Warriors’ net run-rate is 0.672.

“The conditions at the Oval (are) difficult because of the dew factor,” said Emrit.

“This game is one of the most challenging for us. chaussures puma pas cher Playing TKR at home is always challenging. moncler femme If we win this game, it will give us a good chance of finishing in the top two. It’s a must-win game for us.”

The top two teams at the end of the group phase, on Sunday, will meet in the first qualifier on September 11 in Guyana.

Emrit also emphasised the importance of unity within the Amazon Warriors’ camp.

He noted, “We’re a family. chaussures newbalance pas cher We work with what we have, and the most important thing is that different guys deliver at crucial times. We don’t depend on one or two persons on the team.”

Meanwhile, Bravo and TKR manager Colin Borde are confident the opening pair of Australian Chris Lynn and Sunil Narine will shine sooner rather than later.

Bravo, in a pre-game media conference yesterday, said, “We don’t take on what people say on the outside, whether fans, media or whoever have suggestions. We select our team based on what we think is the best.”

He continued, “The combination is working so there is no need to change anything. Sunil is on fire, Lynn is on fire. That’s part of it, that’s life.”

Borde is confident that the opening pair will produce the goods when it matters most.

“There is absolutely no concerns about the top order,” said Borde. moncler homme soldes “They will come good as it takes a team effort to win and we are confident that they will play their roles.”

However, Lynn will not be with the team after Friday’s match against the Barbados Tridents, at the Queen’s Park Oval, as he will return to Australia. He will be replaced by ex-South Africa batsman Colin Ingram.

A left-handed middle order batsman, Ingram will join the TKR team for Sunday’s game away to the Guyana Amazon Warriors at the Providence Stadium, Guyana.

About the impending arrival of Ingram and the departure of Lynn, TKR director Venky Mysore said, “Losing a player of the calibre of Chris Lynn is a blow for any team but Colin Ingram is a proven performer and an outstanding T20 player, who will add firepower to the top order.”

In his international career, from 2010-2013, the 33-year-old Ingram played 31 times for South Africa in One-Day Internationals as well as nine T20 Internationals.

The TKR began the defence of their CPL title with a 100-run win over St Lucia Stars at home, but were beaten by four wickets against the Jamaica Tallawahs and 42 runs against the St Kitts/Nevis Patriots.

“Before we had left (these) shores, we had discussed wanting to go on the road (and win) three out of four games,” said Borde.

“Having lost back-to-back at home, it was important for us to get back to winning ways soonest.

“To have gone on the road and come back with a 100 per cent record is fantastic,” he added.

Referring to the September 16 title-match at the Brian Lara Cricket Academy in Tarouba, Borde said, “Finishing in the top two gives us additional opportunities to get to (the) final.”

There has been inclement weather in Trinidad during the last four days and Borde acknowledged, “The weather can play a part. With (a) heavy ground, the concern is the possibility of tired legs, but the Oval ground has been draining beautifully in spite of all the rains.”

The TKR manager is not ruling out the possibility of some of the fringe players earning selection for today’s match. Timberland Soldes

“Based on certain conditions, players will be used appropriately as the coaching staff sees fit.