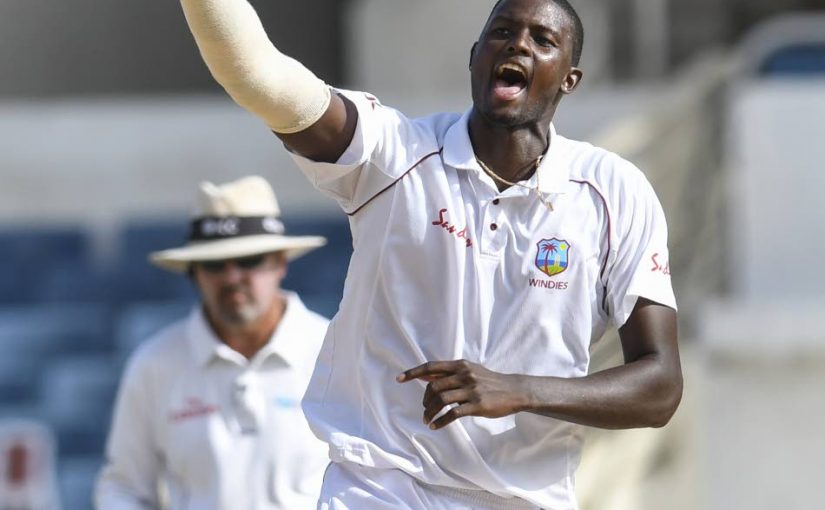 BRYAN DAVIS, former national and West Indies opening batsman, has called for a change of captain for the current regional team.

In an interview yesterday, Davis acknowledged that the burden of captaincy on the incumbent Jason Holder may be too much to bear, at this stage of his career.

Here is a look at the interview with Davis giving his take on the 15-member team, selected last week, for the two Test matches away to India in October.

JOEL BAILEY (JB): What’s your take on the team selected?

BRYAN DAVIS (BD): I think, from what’s available, it’s a well-balanced team. I was glad to see that Warrican was back in the side. I always believe in a left-arm orthodox spinner on a team. I didn’t understand why they got rid of him about two years (ago). In this team, I think he’s a very good choice.

I’m glad to see they didn’t continue with Devon Smith. I’m happy to see Sunil Ambris back there. The way I look at cricket is that you don’t pick a man and drop him (regularly). You’ve got to (play) him a little while. I see there is nothing else that they could have done.

The only thing what worries me is (reserve wicket-keeper) Hamilton. I don’t agree with Hope at all (as wicket-keeper), in no cricket. I always like to play my best keeper in cricket.

There are one of two promising youngsters like Oshane Thomas and Obed McCoy. They have ability and talent, and any coach would be happy to see them because they have something that can be worked on. I don’t think they’re ready for this yet.

JB: What about the omission of pacer Miguel Cummins?

BD: Miguel Cummins didn’t do anything to impress. I think he bowled better than I thought he would have bowled but, if you look at his run-rate per over, it’s very good. But he wasn’t penetrative, he wasn’t getting wickets.

Kemar Roach, he gets wickets but at a cost. basket timberland Alzarri Joseph is going to be very similar to him. If you have them there, you’ll need somebody who can hold down things. Shannon Gabriel gives away a lot of runs too but he’s an attacking bowler.

You have Devendra Bishoo so you have a leg-spinner, you have the left-arm orthodox spinner, you have Keemo Paul who I like very much. ugg pas cher I think, with good coaching, he should develop nicely. Generally, all-round, I say you have a pretty good team.

I have worries about the captaincy. I think it’s about time maybe you give Kraigg Brathwaite the opportunity to captain the side on a tour. I don’t see why we have to pick a captain and pick him until he retires or until doomsday. Why we can’t pick a captain and if he’s failing after two (or) three series, pick another one and try him?

JB: Holder had a credible showing in the home series against Sri Lanka and Bangladesh earlier this year.

BD: I’m not saying that Holder should be off the team, I’m talking about his captaincy. If he’s relieved of the captaincy, then he’ll perform plenty better. bottes ugg soldes I always thought he was a very good player but he (fell) back. I thought he was hard done by (being appointed) captain too young. You can see that his cricket is being affected. nike roshe run 2017 Let’s see if we can get somebody else. You’re hearing the same old excuses from Holder.

I think he’s a good player. I don’t see him off the team, but I think that his captaincy is affected. Seeing him with the Tridents, it’s even worse. They can’t even win a match and they (criticised Kieron) Pollard and say he’s a bad captain.

JB: What about the selection of Roston Chase, even though his batting has been struggling in recent times?

BD: I don’t think they’ll want to take a chance with other batsmen. I can’t see him (doing well) there. Captaincy is very important to a side, and I have my doubts. Hamilton will just be a passenger there, I don’t think he’s a good wicket-keeper.

JB: The West Indies struggled in the home series, against spin bowling. What do you think may occur on the Indian wickets? Will the WI batsmen cope with the Indian spinners?

BD: They wouldn’t play the spin bowling well. But I know that in India, in the last few years, they have developed their pitches to encourage their own fast bowlers. chaussures puma pas cher I know that the wickets now are much better than in my time, a vast improvement.