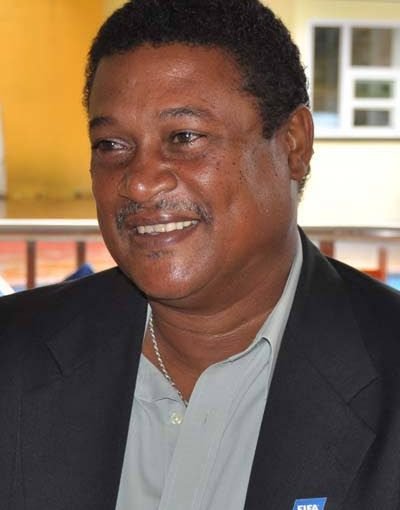 ANTON CORNEAL, caretaker coach of the national women’s football team, said that the Trinidad and Tobago Football Association (TTFA) will have to decide on a full-time coach for the squad, ahead of the CONCACAF Women’s Championship in the United States.

In an interview yesterday, Corneal said, “The TTFA will have to come up with that decision.”

TT defeated Cuba 3-2 (August 25) and Antigua/Barbuda 5-0 (August 29) before suffering a 4-1 whipping by Jamaica last Friday. The TT team rebounded with a 3-0 victory over Bermuda on Sunday.

Jamaica, TT and Cuba advanced to the CONCACAF Championship, which will take place from October 4-17.

Yesterday, CONCACAF announced the two first round groups, with TT drawn with US, Mexico and Panama in Group A, and the quartet of Jamaica, Cuba, Canada and Costa Rica in Group B.

With only a month to go before the CONCACAF Championship kicks off, Corneal, who took over the team after Jamaal Shabazz resigned in July, is unsure who will be given the task of conducting the training sessions.

“That’s going to be decided upon (soon) I’m sure,” he said. timberland pas cher “If (the team needs) any advice, I’ll be willing to advice only. nike cortez But I’ll let the TTFA, through (Richard) Quan Chan, who is the chairman of the technical committee, come up with that decision.”

Corneal added, “Time is of the essence, so something needs to be done in the next few days.”

Concerning the results in Jamaica, Corneal commented, “For the cards dealt, we got through to the next round which was the mission.”

He continued, “The preparation, because of logistics, was not the best. We had to deal with so many various issues that affected the preparation, some of them beyond our control and others that (mean) we probably need to plan a little better in advance.”

Two players who returned to the TT squad for this competition, Kayla Taylor and Kennya “Ya Ya” Cordner, did the bulk of the scoring, with seven and three goals respectively.

Corneal, who is also the TTFA technical director, described their performances as “quite good”.

He said, “They meshed right away. timberland soldes Both of them are very opportunist in their play. PUMA en soldes They scored most of our goals.”

About the team’s displays overall, Corneal noted, “We did well in spurts, both defensively and in attack. Achat chaussure Puma I think the girls understand their strengths.